Members, have you or another member been in the news recently regarding professional responsibility or legal ethics? If so, APRL wants to recognize its members on the website.

Please email us the recently published article or summary of the news-related appearance and attach the article, video or link so that other members can view it.

APRL Member Heather Rosing has been elected President of the California Bar Foundation. CBF is the center of philanthropy for California’s legal community, and is the state’s largest scholarship resource for diverse law students. Ms. Rosing is a tireless advocate for promoting diversity and serving the underrepresented. 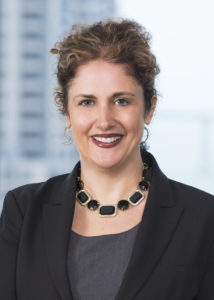 June 2016: APRL member and past president Lucian Pera elected President of the Tennessee Bar Association for 2017.

On May 18 in Washington, D.C., APRL members James McCauley, Hope Todd, and Daniel Schumack will present “Staying Virtuous in the Virtual World: Social Media and the Ethical Lawyer.” This 2 hour continuing education program is sponsored by the Federal Communications Bar Association.
More information >

In July, the Minnesota Lawyer reported that Chuck Lundberg will assume the presidency of APRL for 2014-2015.
Read full article >

APRL member Arthur Burger was interviewed for and quoted in an article that appeared in the National Law Journal on March 11, 2013, concerning whether a non-client sibling entity that shared a general counsel with a law firm’s client can sue the law firm. The legal malpractice case is pending before the D.C. Court of Appeals. The article by Zoe Tillman is titled “Legal Malpractice Puzzle.”

The American Bar Association recognized the University of Miami School of Law Professional Responsibility and Ethics Program, which is under the direction of APRL member, Prof. Jan L. Jacobowitz, as a recipient of this year’s E. Smythe Gambrell Professionalism Award. The E. Smythe Gambrell Professionalism Awards are the leading national awards recognizing programs and projects contributing to the understanding and advancement of professionalism among lawyers. Dennis R. Honabach, Chair of the ABA’s Standing Committee on Professionalism, stated: “The Committee was particularly impressed with the program’s unique amalgam of an extraordinary ‘real-world’ experience for their student instructors and valuable legal-learning benefits for the recipient local legal organization and firms. Your program offers a model for law schools in communities with a concentration of legal organizations to partner with such a program.”
Read about the program >

APRL member David Atkins was quoted in an article in the Connecticut Law Tribune concerning a proposed change to Connecticut’s Rules of Professional Conduct that would permit lawyers and law firms to take advantage of Internet services to attract clients. David had represented several Connecticut lawyers who were charged but not sanctioned under the current rule.
Read full article >

Beth was interviewed by Joan C. Rogers of ABA/BNA and quoted in the following articles:

“For the first time, a balanced analysis has been applied to Louisiana advertising rules by an independent court,” Alston told BNA.

According to Alston, “many Louisiana lawyers are ‘dumbstruck’ at the decision upholding the disputed advertising rules.”

Alston said she sees the new Louisiana advertising rules and the recent amendments developed by the state bar association as “more motivated by protectionism than by a concern for the public and lawyers’ clients. In pushing the new advertising rules, the state bar is acting as a trade union rather than as a legitimate government entity,” she contended.

The case arose from a so-called private message made which was made public on YouTube which put Cape Girardeau County’s prosecuting attorney Morley Swingle on the defense, raising questions about whether a romantic relationship caused to recuse himself from a case he worked on for 11 months.

The SSRN Abstract of the article states: “The lawyer or law firm that controls client files has distinct advantages in any competition for clients. Not surprisingly, disputes over control and possession of client files have long occupied the attention of courts and ethics committees, which over the years have developed a significant body of case law and ethics opinions addressing myriad issues relating to client files. Existing guidance, however, largely is directed to a world of ‘hard copy’ files where pieces of paper neatly assembled within file folders invite a property-based analysis whenever disagreements over possession or access arise.

This article discusses the effects of digitizing client files and firm information in light of lawyer mobility and evaluates the existing framework of law and ethics developed largely in a world of hard copies. The article also offers some practical suggestions for firms seeking to assert greater control over client information and firm intellectual property.”