By Shannon Nordstrom on April 8, 2018 in Uncategorized 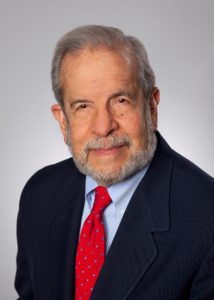 Congratulations to APRL member Mark Harrison, who was recently honored as a founding “Emeritus Board Inductee” member for Teach for America (TFA) Phoenix at its 2018 Celebration Dinner, along with two others.

“Knowing that we would not be where we are today without a history of champions in the community, we are pleased to announce the founding class of our Emeritus Board,” said Katie Tennessen Hooten, executive director of TFA Phoenix.  “We honor these individuals for their decades of support, advocacy, and life-long commitment to achieving educational equity here in Arizona.” Harrison chaired the first board of Teach for America – Phoenix from 1994 to 1996 after his daughter, Jill, had served as a Teach for America corps member in southern Louisiana in 1991. “Seeing the special bond established between Jill and her students inspired him to bring the TFA mission to Phoenix,” the TFA nomination noted.