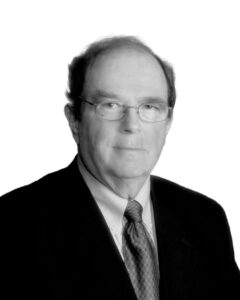 The Charles W. Kettlewell Legal Ethics Advisor Award is presented by the Association of Professional Responsibility Lawyers, the nation’s largest association of legal ethics and professional responsibility practitioners, law professors, and judges.  APRL was founded to establish a national and international forum for lawyers who represent and advise lawyers and law firms.  The Kettlewell Award is named in honor and in memory of Charles (“Chuck”) William Kettlewell, who was a national and international leader in the field of legal ethics and professional responsibility.  Chuck was a founder of APRL, and served as APRL’s first President in 1990.  Chuck exemplified the highest standards of professionalism, exceptional legal skills, and excellence in legal ethics and professional responsibility.  He represented or advised countless lawyers and law firms in disciplinary proceedings and on a wide variety of professional responsibility issues, and served as a mentor and teacher to scores of lawyers.  He volunteered his time and considerable talents to local, national, and international organizations and objectives in an effort to educate and to support innovation and advancement in this field of law, which also included decades of bar association leadership.  The Kettlewell Award is the highest honor that APRL bestows upon its members.

Chuck served four years active duty with the United States Navy and maintained reserve status with the military JAG corps until the early nineties, when he retired with the rank of Captain. He was admitted to practice law in Ohio, Oregon, and before the United States Supreme Court.  He began his career in legal ethics as an assistant disciplinary counsel in Ohio for many years before entering private practice in 1987, and immediately thereafter became a sought-after ethics advisor and disciplinary defense lawyer in Ohio. He served as an adjunct professor at the Moritz College of Law at Ohio State University for more than 25 years and was the director of Law Institutes at Capital University Law School from 1983-1985.  Locally, he was a dedicated member of the Ohio State Bar Association, the Columbus Bar Association, and the Oregon State Bar Association.   In addition to his prominent and influential involvement with APRL, he also served as a member of the American Bar Association’s Commission on Evaluation of Disciplinary Enforcement, a member of the ABA Joint Committee on Professional Sanctions, a member of the ABA/BNA Lawyers’ Manual on Professional Conduct, a charter member of the ABA Center for Professional Responsibility, and served as President of the National Organization of Bar Counsel. Chuck was a nationally and internationally known expert in professional responsibility and legal ethics, and was widely recognized for this practical, common-sense approach to professional responsibility and attorney regulation.  He authored more than 1,600 advisory opinions for lawyers and served as a consultant and testifying expert in nearly 200 legal malpractice cases. Chuck also served as an ethics columnist for Trial Magazine and published an ethics case digest for Ohio lawyers. Chuck further volunteered his efforts to assist in the development and presentation of international conferences dealing with international legal ethics and risk management issues in Great Britain, China, Italy, Canada and France.  He was a partner with his son, Charles J. Kettlewell, in the law firm of Kettlewell & Kettlewell LLC in Columbus, Ohio.  In 2003, the ABA honored him with one of the highest honors in legal ethics, its Michael Franck Professional Responsibility Award, in recognition of his wide-ranging lifetime contributions to the field of legal ethics.

Sadly, Chuck’s life was cut short in the prime of his outstanding legal career in 2005.  He is greatly missed by his family, friends, APRL colleagues, and the legal community at large, but his incredible spirit, professional accomplishments, and innumerable contributions to the legal ethics community and to the legal profession in general will never be forgotten.